I have always been fascinated by the ease with which you can control populations of people with simple propaganda.

I for example, consider myself a patriot, and I love and respect my country—and I consider the United States of America to be the greatest country that has ever existed.

Yet as much as I want to believe that, and as easily as I can support that belief with many historical facts, I can't deny that I have also been subjected to decades of pro-American propaganda that has always made us look like the good guys—no matter what we do.

More specifically, our most popular propaganda pieces make the American military out to be the most advanced, intelligent, technologically adept, and honorable group of men and women on the planet.

Consider General Mark Milley, the totally inept and incompetent boob who pulled our troops out of Afghanistan while leaving behind billions of dollars of our military equipment, effectively arming the Taliban, a terrorist organization, to the teeth, making them one of the most powerful military's on the earth—all while simultaneously betraying our own servicemen and the locals who supported them, leaving them to be murdered at the hands of the Taliban—probably with weapons and ammo paid for by US tax dollars.

Yup, that guy. That Mark Milley. He is the Chairman of the Joint Chiefs of Staff, the nation’s highest-ranking military officer, and the principal military advisor to the President, Secretary of Defense, and National Security Council. Are you proud of this loser? Are you proud of the efforts he led in Afghanistan?

And that's just one out of a zillion examples of American military incompetence, horror, and flat out wickedness. So don't conflate your uncle's honorable military service with the whole of the American military—it's not the same thing.

A handful of honorable soldiers, young and old, doing the right thing, serving their country, and "defending freedom" here and there doesn't make the ENTIRE American military, along with the military industrial complex that supports it, righteous or just.

And do you have any idea what the American military's priorities are right now? Do you? Do you want me to tell you? Or are you so propagandized about our military that you would refuse to believe the truth even when it is shown to you?

Well, just know that within days of his inauguration on January 20, your best buddy, Sleepy Joe "Brandon" Biden signed three executive orders to impose “woke” social policies on our military.

Just a few months later, another military General, Army General Richard G. Clarke, signed a letter for the military's new "Diversion and Inclusion Strategic Plan" where he boldly proclaims in his very first sentence, “All of us understand diversity and inclusion are operational imperatives.”

That's right. Being gay, including gays, and accepting transgenders and woke-ism is now a priority in the operation of the American military. Phew! I was so worried that maybe these great generals of ours were concerned with defending our nation, but its such a relief to know that they're mostly concerned with being woke and accepting gays.

In fact, these policies are giving us the gayest military we've ever had. And by "gay," I don't just mean homosexual, but you know, gay. Like "woke" and soft and feminine and ridiculous and all that—GAY!

The Center for Military Readiness summed it up quite simply, "The U.S. Special Operations Command clearly intends to elevate diversity, inclusion, and equity above mission effectiveness and overall readiness."

In other words, being gay is now more important to the American military than being effective or ready to defend America from foreign attacks.

Meanwhile, on the other side of the globe, America's main geo-political enemy, China, just tested their very first hypersonic missile, as reported by the Financial Times.

Now, as the American news media is telling you, there is nothing to be afraid of. After all, this is a hypersonic intercontinental ballistic missile capable of carrying a nuclear payload. So yes, this missile can carry a nuclear bomb to any major city in the United States and is completely immune to any defense mechanism available to the U.S.

In other words, if China wants to blow us off the map, they now have the military capability to do so, and we can't stop them. This test happened just a few months back in August, yet it barely received any news in America. I wonder why? It can't be the propaganda machine at work—no way. Relax, Google, Facebook, CNN, and MSNBC would never selectively deliver news to you to fit a prescribed narrative.

Anyhow, China was more than happy to gloat about their newfound military dominance. In fact, an op-ed in the Chinese state media outlet Global Times, Beijing's mouthpiece, said that this missile test means "…there is a key new member in China's nuclear deterrence system…this is a new blow to the US's mentality of strategic superiority over China." In other words, China just showed us that they are no longer militarily inferior to the U.S. in terms of weapons technology.

So yeah, China can send nukes to America that we currently have no way of stopping. But before you get all bent out of shape over it, remember, it's all going to be okay, because the American military, once the greatest military force in the history of the world, is now headed up by a creepy old pervert with dementia who poops on himself, and by military generals who give billions of dollars of advanced military technology to terrorist organizations, and who are doing everything possible to make "diversity" and "inclusion" the top priorities in our military right now.

So there is no need to worry about China having hypersonic missile capabilities, because at least America is more gay than ever! Yay! 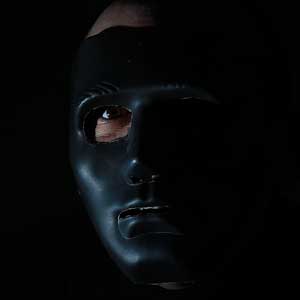